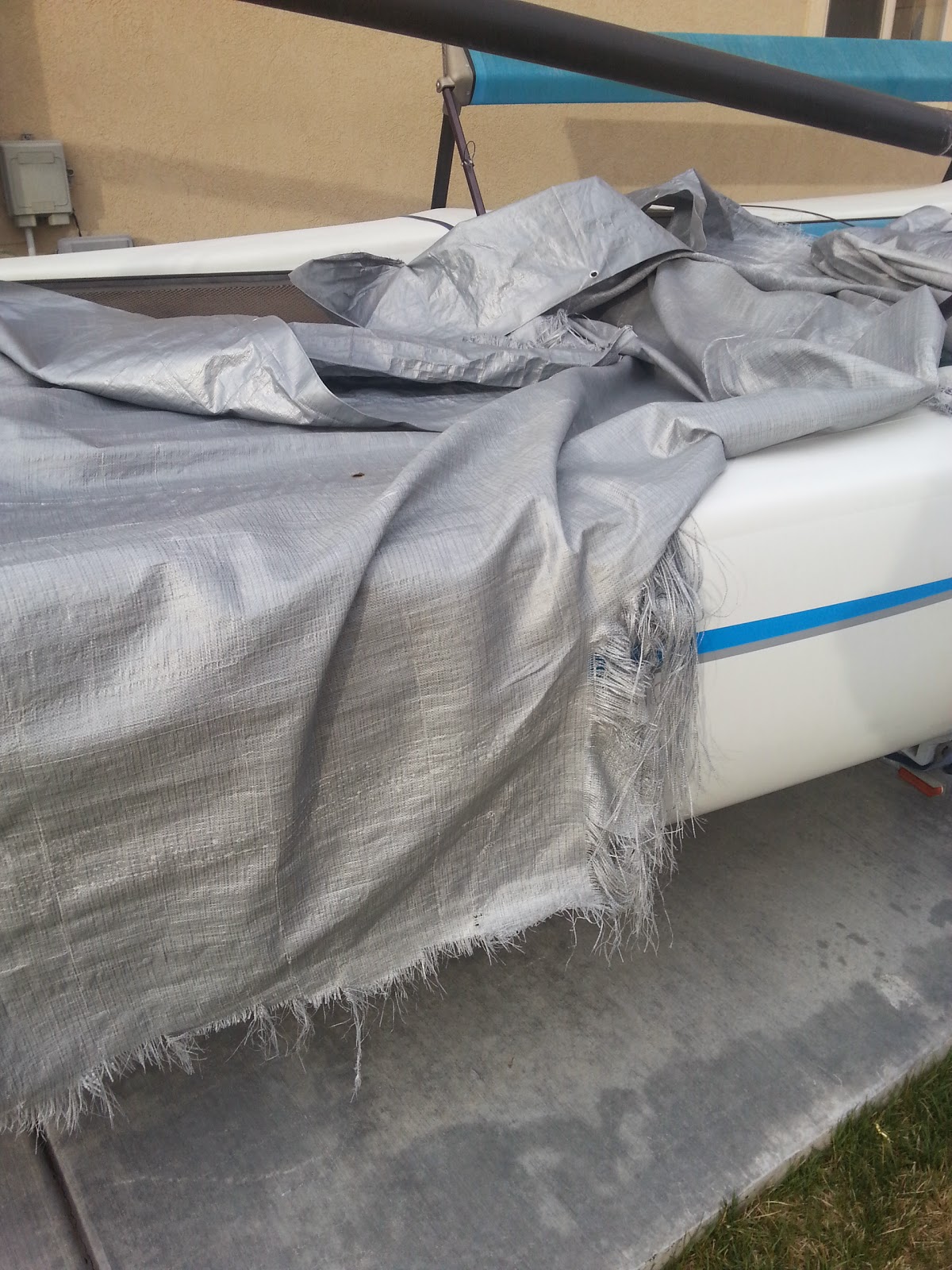 Just wanted to quickly give an update to the post I added in September of 2013.  The tarp lasted through two winters and was tightly fitted until the end.

I had some tarp covering the wing seats, but despite all I could do the wind would blow them off. I resorted to coating them and the composite mast tip with UV spray.

The last big wind storm in Cedar Hills finally destroyed what was left of my "custom tarp". I figured this tarp lasted very well considering the heavy wind that we have.

Here are some pictures my new tarp. I created it using a similar method, but his time I was able to find a tarp that was slightly smaller and made for less cutting. It is important that the tarp wrap all the way down the sides of the hulls. If the grommets or bungees can rub on the hulls they will damage the hulls. 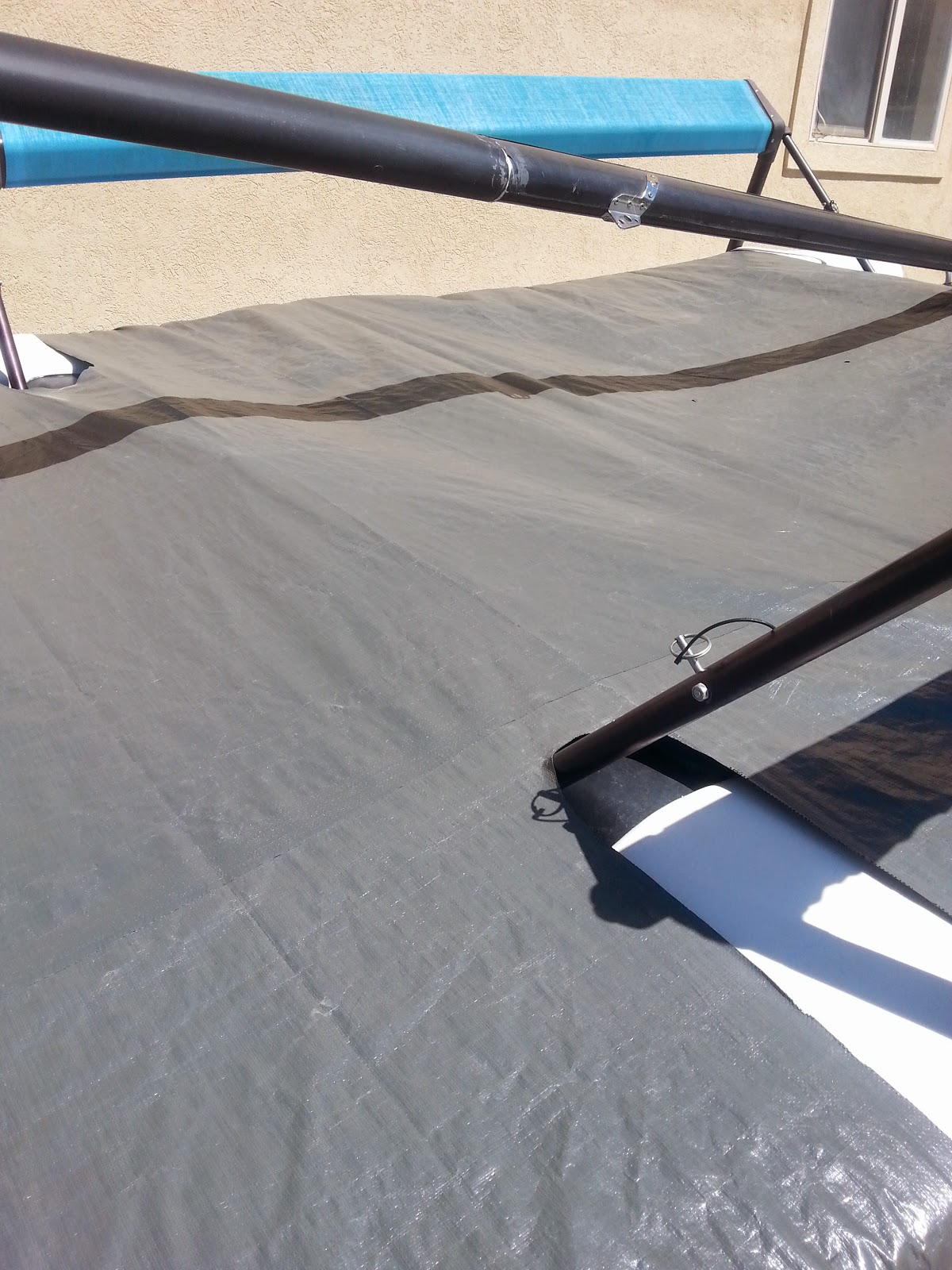 I also added more grommets so the tarp fit even and tight.
I also tried a new technique for preventing the cut edges from fraying. I used a propane torch to quickly melt any cut edges. 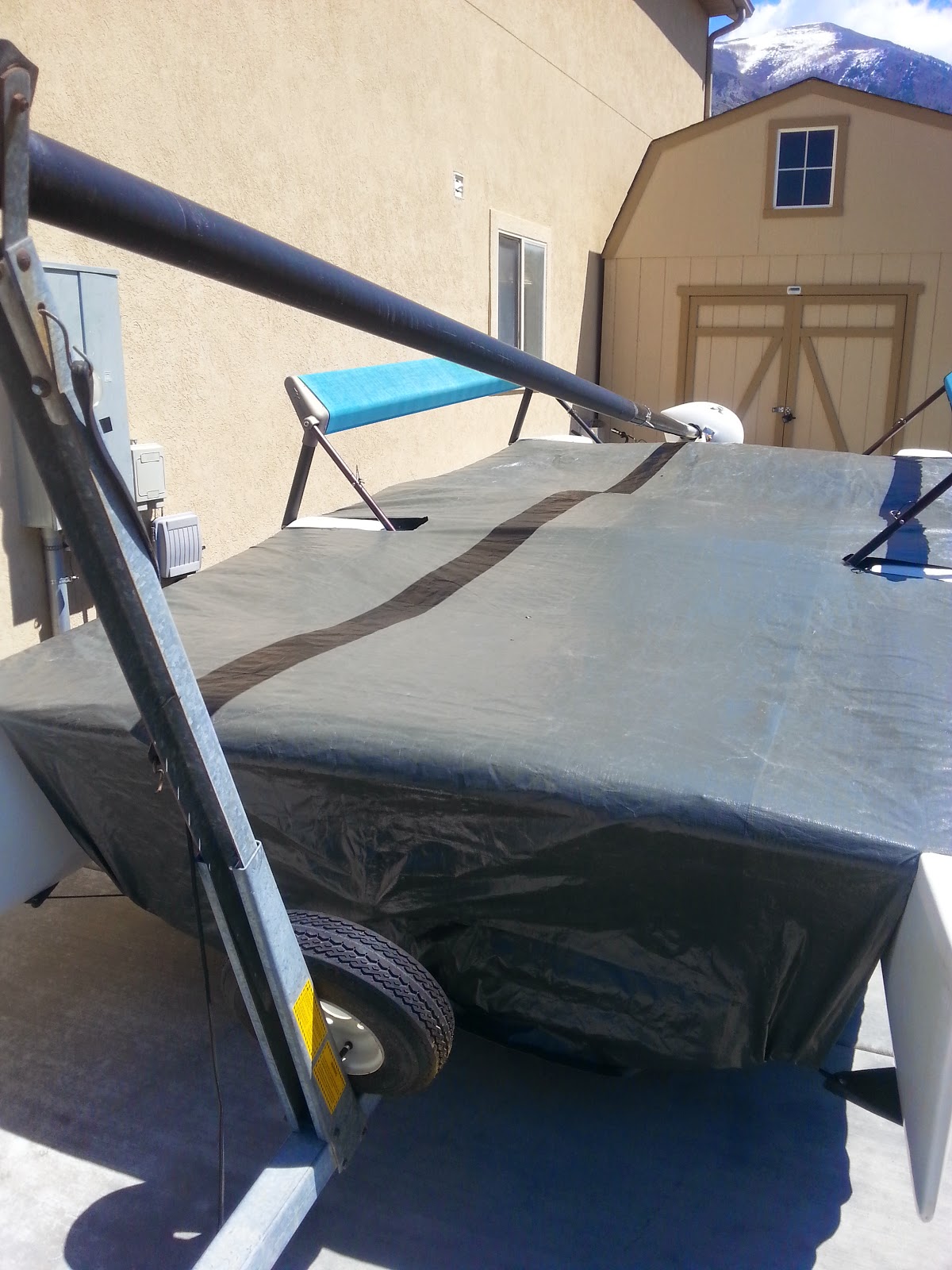